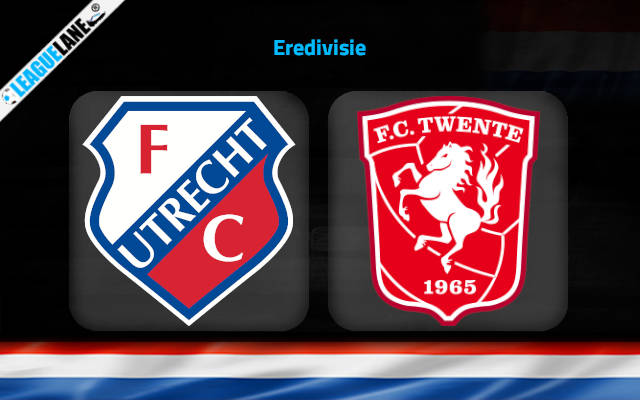 Both the teams are in the zone for Eredivisie Conference League play offs. A win for FC Twente will elevate them to the Europa Conference League qualification spot meanwhile a win for hosts will sustain their playoff chances in the Conference League. Completing a hat-trick win for the visitors, they are set to travel to Stadion Galgenwaard to face the hosts this Wednesday.

The Utreg squad is at the 7th spot on the standing with 28 points from 17 games. They won on 8 fixtures while drawing on 4 and losing on 5 other occasions. They have scored 32 in total while conceding a sum of 22, so far in the league.

Prior 6 games saw René Hake’s FC Utrecht to net a combined total of 7 goals. They have only won just one of their previous 6 league matches coming into this latest fixture, and that too came at home against Heracles. Their previous league fixture against Sittard ended in a 2-2 draw.

The Reds reside at the 4th position on the standing with 31points in hand. Of the 17 matches played, they won on 9 games while the number of draws and losses stand 4 each. Their total goals to conceding ratio marks at 27:21 which is not up to the standard of a top 4 team.

FC Twente has been scored against a total of 4 times in the previous 6 league matches while their own forwards managed to tally a number of 10. Since a 5-2 loss against PSV in October, they’ve amassed a 6 game unbeaten run, winning 5. Their latest league game ended in a 3-1 win over Zwolle.

Looking onto the upcoming fixture, the hosts haven’t been defeated in their previous 10 home league matches while the visitors haven’t beaten them when playing away from home in the last 8 league matches. We anticipate a possible draw or a win for Twente is up for cards this Wednesday.