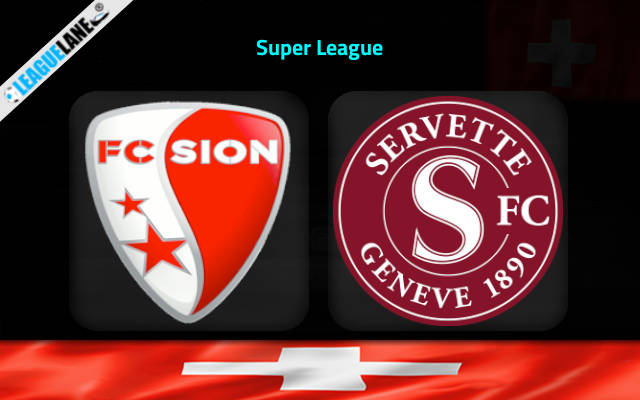 The last round of Swiss Super League start this Sunday as FC Sion residing just above relegation zone play host to the mid-side Servette. These two sides will be seen battling out at Stade de Tourbillon.

Servette is at the 6th spot on the standing with 43 points from 35 games. They won 12 times in the league while drew on 7 and lost on 16 other occasions. Their struggles at the defensive end of the pitch has also been another key factor as they have conceded 63 goals so far.

The visiting side marked their second draw in a row against Basel by 0-0 in their previous fixture. They have nothing to play for in this dead rubber of a match on Sunday as they could neither get a European spot nor will fall into relegation at this point.

On the other hand, FC Sion resides at the 8th position on the table with 40 points. Of the 35 matches played, they won 11 times in the league while drew on 7 and lost on 17 other occasions. They scored 43 in total while conceding a sum of 64 which shows some serious improvement in defense is needed.

FC Sion will be hoping for a repeat of their last result, following the 2-1 Super League victory over Lausanne. They need to at least draw this upcoming game to escape the drop zone as Luzren has a better goal ratio than them and there could be a chance that they could change the scene altogether.

FC Sion are without a home win since their last 5 fixtures held at Stade de Tourbillon. They even lost 4 of those. It’s likely that they could score here, as they have netted in the last 4 games coming into this one and have scored 6 goals in the last 5 games.

Meanwhile, Servette come here on the back of 4 straight away defeats in a row. But they have won the last 2 away h2hs by 2-1 scoreline.

Since they have a mixed h2h results, wee feel that a home win or draw seems the likeliest one as the hosts are the one in dire need of a point.