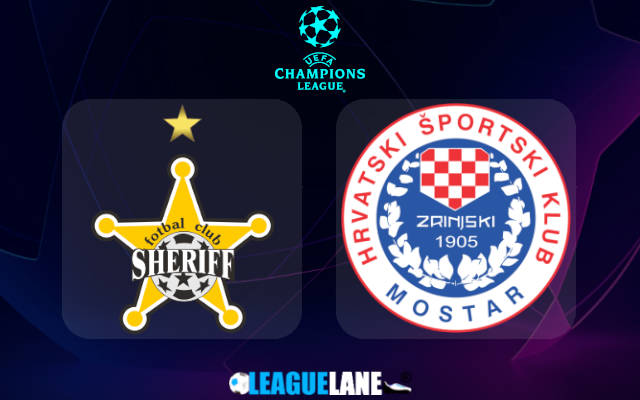 FC Sheriff have been enjoying an impressive form of late. They have succeeded in recording motivating displays across different competitions they have played of recent. The current unbeaten run of 13 games in all outings will only boost them to enter the upcoming clashes.

Meanwhile, Zrinjski Mostar have been also enjoying an impressive form of late. They have also recorded a long set of unbeaten outcomes across different competitions. However, most often of them were the fixtures from their domestic campaign, Premier League.

The first leg with Zrinjski Mostar wearing the home jersey ended up in a goalless draw. Neither of them have succeeded in converting their chances to seal a safe win in the first leg. FC Sheriff was expected to seal a win by many considering their exposure to Champions League games.

Anyways, we can expect an interesting second leg between these two outfits out of their desperation to record a different display than stalemate which could posiibly help them to advance it further to the Champions League outing the coming season.

Sheriff claimed the past Divizia Nationala title mainly due to their exceptional form at home. They have been recording highly impressive outcomes at home. Their amazing goal difference at home turf is the proof of it. Wearing a home jersey will make them more confident following the above form.

On the other side, Zrinjski Mostar have been also successful in recording strong outcomes on road. They are seen playing league fixtures on road of late and have sealed positive outcomes from most of those.

Anyways, the heavy strength of Sheriff in Champions League battles forces us to back them in sealing a win from this fixture.