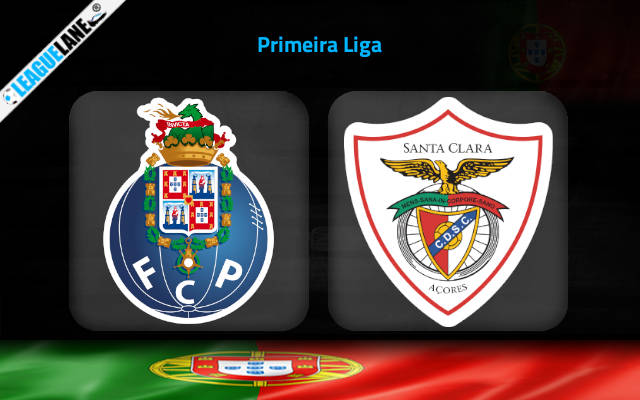 Porto are confidently in possession of the top-most spot in the Portuguese top flight, and with just seven fixtures remaining in the competition, they are the bookmakers’ favorite to lift the title.

They have been an absolute offensive force all through the campaign, and particularly at home, they have been a problem for visiting squads.

They are certainly going for a huge win this Monday, in an effort to keep this momentum going on.

Meanwhile, Santa Clara are going through a poor stretch of performances at the moment, and they are also conceding goals in plenty. Moreover, they are on a long winless on the road, and most importantly, they have a poor h2h record against this foe as well.

For the reasons, expect a win for toppers Porto this Monday at their home.

On the other hand, Santa Clara were winless in six of their preceding seven match-ups, and they had remained so in 15 of their past 17 road trips.

Taking into account these observations, and especially the determination of Porto to have an invincible season, expect them to post the three points on the board.