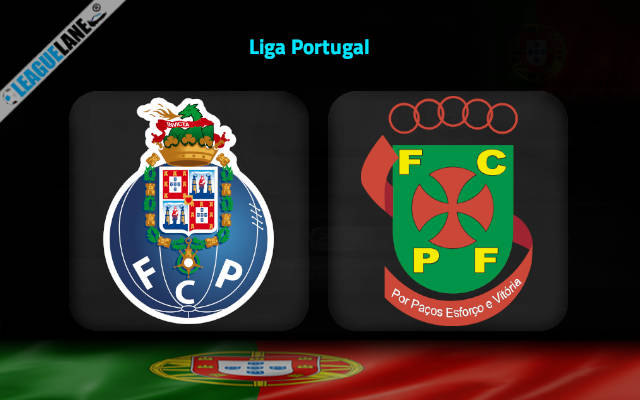 FC Porto is going head to head with Pacos de Ferreira in this Liga Portugal on Saturday at Estadio do Dragao.

The reigning champions might be determined to retain the title this time around as well. They have managed to win 7 of their 11 matches to climb up to the sky high third position.

Having a good attacking and defensive side is also a positive factor for them. Their combined scorecard for the past 10 Liga Portugal fixtures stands at 23-8.

Meanwhile, Finishing in the mid-table last season, Pacos de Ferreira seek to get off to a better start this time. However, they failed to secure a win in the opening game of the season, losing to Gil Vicente.

They maintained it further by conceding five consecutive defeats further. Currently the team is on a 11-fixture winless streak and are yet to record a win this season.

Despite their best efforts, they are letting in goals in numbers and have been unable to show positive consistency. Seldom they been able to keep clean sheets.

On top of that they rather have an inferior head to head form against FC Porto.

Bottom of the table, Ferreira will have a tough task to beat in-form Porto. Bookmakers consider FC Porto as pretty favorites to claim the win here at 1.09 odds.

The head to head recordings between these two also suggests a positive outcome for the hosts. By the looks of things, we expect a high-scoring victory for FC Porto on Saturday.