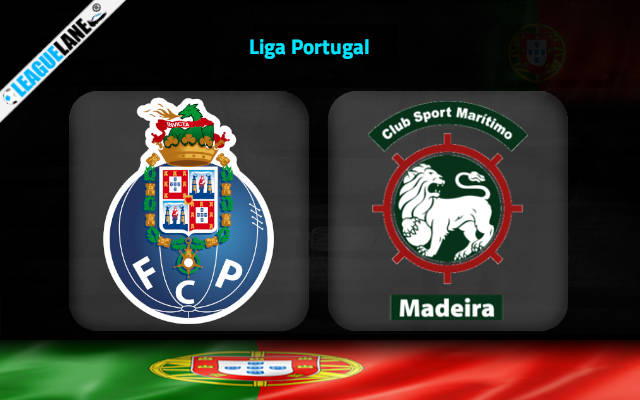 Reigning champions FC Porto begin the new season with the home fixture against Maritimo on Saturday evening at Estadio Do Dragao.

Naturally, Sergio Conceicao’s men are massive 1.16 favorites for the win having won 15 and drawn 2 of 17 league outings in front of their fans last time out.

The achievement was greater if we know they have done so despite losing the main star Luis Diaz midway through the campaign.

However, talented manager Conceicao will now need to do it all over again without more key players to the title quest.

As always, FC Porto have found some replacements, including the likes of David Carmo and Gabriel Veron. Time will tell whether they have the quality to fill in the shoes of their predecessors.

Anyways, FC Porto are enormous favorites here against Maritimo who finished the last season in the middle of the Primeira Liga standings.

Maritimo recorded three wins and a draw in four summer exhibitions against Portuguese rivals but these results will count for little when they come face to face with Porto at Estadio Do Dragao.

The difference in quality between the two teams is enormous and we can hardly expect anything other than FC Porto’s convincing victory.

Sergio Conceicao’s men claimed a 3-0 win over Tondela in the last weekend’s Super Cup tie. We are backing a similar scenario this time around. You can back Porto to win 3-0 at the 6.50 odds.