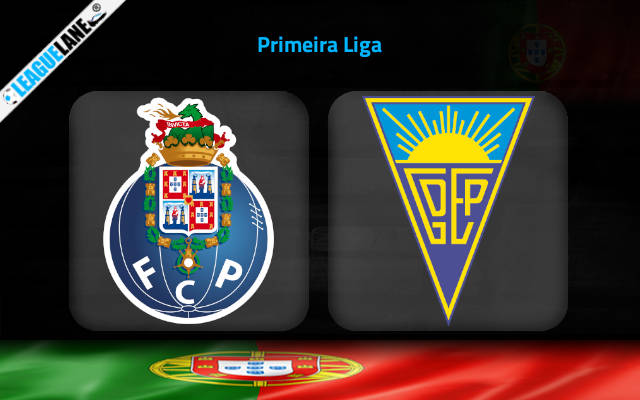 Having confirmed as Portuguese Champions, FC Porto needs to finish one more game to take the title. They will host the mid-side Estoril at Estádio do Dragã this Saturday.

The Dragons are at top flight in Primeira Liga with 88 points from 33 games. They won 28 times in the league while drawing on 4 and losing only once. They have scored 84 goals in total while conceding a sum of only 22 which shows their immense talent in the squad.

Porto is the new Champions after beating Benfica by 1-0 on last Saturday in an almost unblemished season. A 1-0 loss to Sporting Braga last month snapped their unbeaten league run and it remained as their only loss so far this season.

On the other hand, Estoril resides at the 8th position on the table with 39 points. Of the 33 matches played, they won on 9 while drew and lost 12 games each. They have ended this season in sturdy enough form but they aren’t good enough to get a European spot.

Estoril head into the encounter following on from a 1-0 Primeira Liga win against Moreirense in their last match. Bruno Pinheiro’s men have seen their goal attempts be successful 5 times in the course of their latest 6 matches. The total number of goals that have been scored against them during the same period equals 9.

Meanwhile, Estoril are without a win away from home in their last 8 matches in the league. They also lost the previous 8 h2h matches and last time they secured a win over Porto was 9 h2hs prior in 2014.

We back Porto to win by a margin of two or more goals here, as they will enjoy this day at home to Estoril in what looks set to be a bit of a goal-fest.