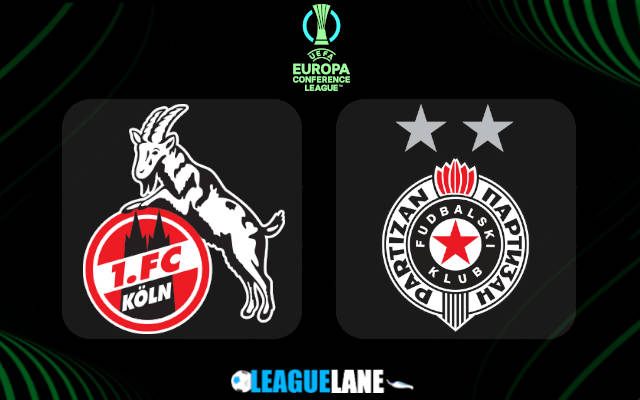 The most competitive group in the Conference League this season has to be Group D. As three of the four teams are unbeaten so far. The table toppers Cologne will play against Partizan ar RheinEnergieStadion this Thursday.

On Matchday 1 of Group D, the host settled for a 1-1 draw against Ligue 1 side Nice. It was Steffen Tigges who scored the opener in that game.

The game ended in a 4-2 victory for Cologne. This crucial victory helped Steffen Baumgart and his men reach the top of Group D of the Conference League.

On the other hand, the visitors started their league stage campaign by a 3-3 scoreline against Slovacko. In that game Fousseni Diabaté notched a brace in the second half of the game.

Most recently they faced Nice on Matchday two of the Group D. The game ended on a 1-1 scoreline.

The visitors will head into this game following a 4-1 victory against Vojvodina in their domestic league. This is thier most recent match before heading to RheinEnergieStadion.

It is important to note that Partizan have conceded four goals in their last two group stage fixtures. As a result their goal difference is at nil.

Moreover, Fousseni Diabaté has scored a total of three goals in his last two matches in Group D.

Our first tip for this game is that Partizan will score in the second half – the odd for this tip will be at 2.50 odd. This is after considering that they have scored a total of four goals in this group stage campaign. All four of those goals were scored in the second half of the game.

Moreover, the next tip is that Both Teams to Score -the odd for this tip will be at 1.83. Both these sides have scored plenty of goals in their last two consecutive Group D fixtures respectively.

Partizan will score in the second half @ 2.50