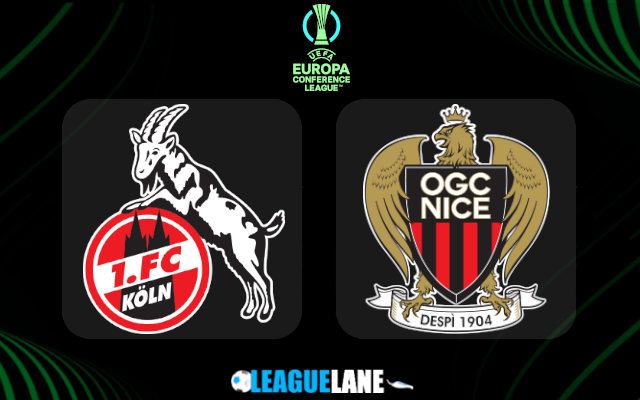 FC Koln comes up against visiting side Nice at RheinEnergieStadion in this Europa Conference League fixture on Thursday.

However, they have not had a flying start this season as expected. they had managed to win just four times so far in this season.

Going on, they are currently in a good form in ECL. They are undefeated so far this season and are at the top spot in the group table.

But Nice are points level with the current second-placed Partizan. Therefore, win in this game is essential for them to secure their spot.

The next fixture with Koln is likely to get them that much-needed victory. Koln, who are currently third in the table, are not in possession with any stats which stands top of what Nice owns.

But in some factors they have the same stats as Nice. That includes their goal scoring an preventing side. Similarly, both the teams have a total of two wins this season. Koln’s two game defeat leaves them in the third place, one point behind Nice.

By the looks of things, expect a highly competitive affair on Thursday when these two teams lock horns in a Europa Conference League fixture.

In the last ECL home match Cologne had to face a 0-1 defeat against Partizan. The last time they played Nice at this stadium was in 1973. a 4-0 win in that game is unlikely to balance their current home stats.

However, looking at the stats of both the teams, it seems that Cologne might avoid a defeat. Therefore, we back the Draw No Bet in Nice’s favor since they possess an upper hand.