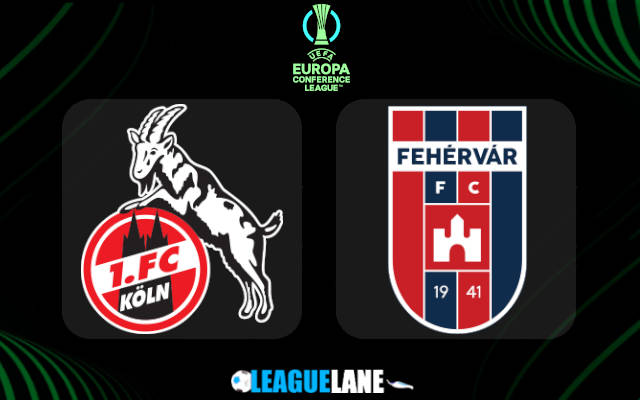 Losing 4-0 to Ferencvaros is certainly not the best introduction to the UEFA Europa Conference League playoffs tie with a German Bundesliga outfit.

This is exactly what happened to Fehervar who got off to a rough start to the new season in the top flight of Hungarian football with two defeats in the inaugural three rounds.

The team led by German manager Michael Boris play very interesting attacking-minded football. However, they clearly have issues with the lack of ambitions when things don’t start in the way they wanted.

Fehervar stormed past Moldovan Petrocub 7-1 on aggregate in the previous round of Europa Conference League.

Nonetheless, we are quite worried regarding their chances here against FC Koln, especially knowing that the Billy Goats have shown impressive attacking form at the beginning of the new Bundesliga season.

FC Koln have four points from the inaugural two rounds in the elite tier of German football. They saw off newly-promoted Schalke 3-1 at home before holding Champions League bound RB Leipzig to a 2-2 draw last weekend on the road.

Steffen Baumgart’s men also have problems with the lack of defensive meticulousness, though, since FC Koln conceded five goals in the last three outings.

The hosts have suffered an early exit from DFB Pokal after the loss on penalties to 2. Bundesliga side Jahn Regensburg. The penalties followed a 2-2 stalemate in the regular 90 minutes of action.

Both FC Koln and Fehervar are scoring and conceding goals for fun in their respective leagues at the beginning of the season and we can hardly even imagine a low-scoring scenario when they come across each other at RheinEnergieStadion.