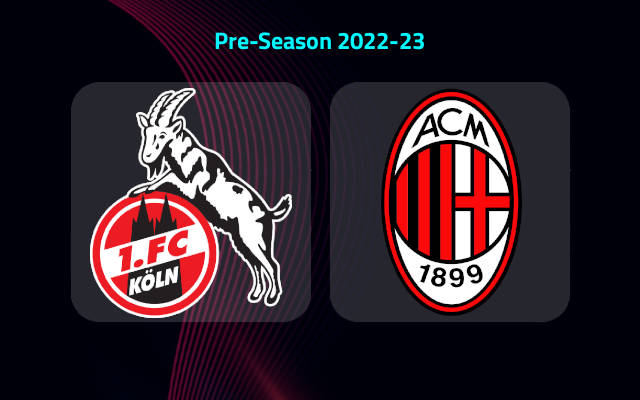 After almost a decade of struggles AC Milan finally won the Italian title the last season and they are determined to find their old glory back at any cost. They have made some good signings during this current transfer window and they will be eager to start on the right note.

They are on a long winning streak at the moment and have been finding the back of the net in huge numbers as well.

It also deserves to be mentioned that they had faced off against arch-rivals India Milan in the title-race towards the end of the campaign and they impressively held their composure during this crucial period.

Meanwhile, Koln could only secure a 7th place finish in the much less competitive German top flight. Do also note that they had managed to win a total of just 14 games all through the campaign and all along they had let in goals in huge numbers as well.

By the looks of things, it is expected that AC Milan will deliver a victory this Sunday.

AC Milan are on a 5-game winning streak and they had remained unbeaten in 18 of the past 19 overall fixtures. And do note that this only defeat had come against arch-rivals Inter Milan.

Moreover, they had also scored 2 or more goals in 4 of their past 5 fixtures.

On the other hand, Koln were winless in 3 of their past 5 overall matches and they had also finished their league campaign the last season with 2 defeats in a row. Moreover, they were also winless in 7 of their past 11 appearances at home.

Taking into account these observations, it is expected that we are about to witness a win for AC Milan this Sunday.