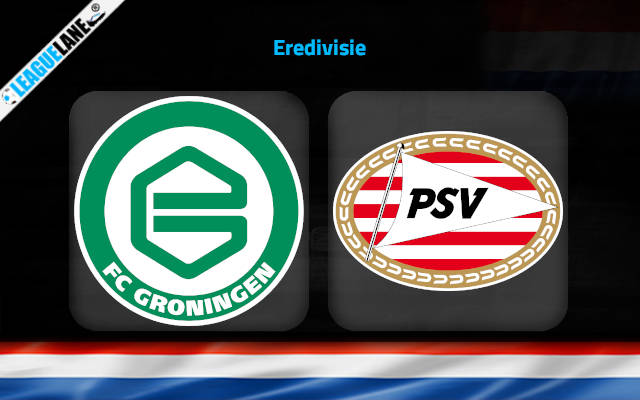 PSV Eindhoven will be at Euroborg on Sunday for the Eredivisie showdown with hosts FC Groningen.

Eindhoven have been one of the top performing teams in the Dutch top flight for the past several years. And it seems that they have started this new campaign on a good note as well.

FC Groningen had to settle for a finish in the bottom-tier of the table. In fact they had managed to register a total of just 9 wins all through the campaign.

It seems that they have carried this dismal form even into this new campaign. They winless in 8 of the 10 fixtures played so far in this campaign.

Going on, they currently have a poor defense which conceded 12 goals in the last four games alone. There is no doubt that PSV will destroy them if they head into the fixture with this dismal form.

A couple of Europa League fixtures can be seen in PSV’s recent outings apart from their domestic battles. The team is currently on a 4-game winning streak despite of playing different competitions.

There is no reason to back FC Groningen, who are in a poor form even at home. In addition, PSV owns a superior form against this opponent for the past several years. Therefore, their victory in this game is almost certain.