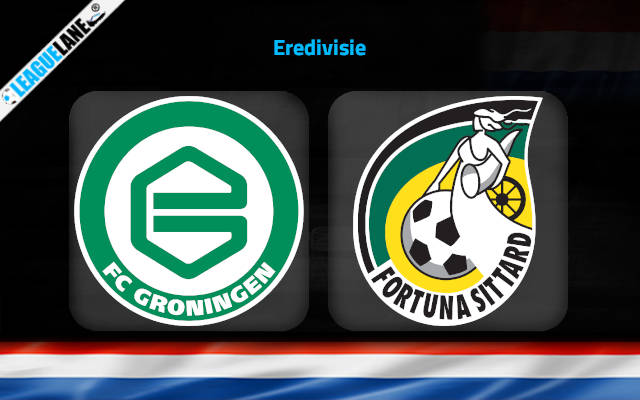 Fortuna Sittard will be at Euroborg on Sunday for the Eredivisie showdown with hosts FC Groningen.

Neither FC Groningen nor Fortuna Sittard are having an impressive form in the league lately. Both these outfits have been leaking goals in a worrying fashion in the past few fixtures too.

FC Groningen had to settle for a finish in the bottom-tier of the table. In fact they had managed to register a total of just 9 wins all through the campaign.

It seems that they have carried this dismal form even into this new campaign. They are winless in 10 of the 13 fixtures played so far in this campaign.

Going on, they currently have a poor defense which conceded 14 goals in the last six games alone. Despite having such a defense, it won’t be affecting their spirits as they faces Fortuna Sittard, who are winless in the last five games.

Although Sittard are one spot above Groningen in the table, their current performances lack the form they need to beat their opponents on Sunday.

Going on, Sittard also faces problems with their poor defense. They had let in a total of seven goals in the previous four fixtures they failed to seal a victory.

By the looks of things, expect a highly competitive tie between these two Eredivisie outfits on Sunday.

Groningen head into this fixture on the back of a 4-2 home victory against the current table toppers PSV. On top of that they rather have a superior head to head form against this opponent for the past three decades.

Considering all these observations, we like to back Groningen to Win at 2.00 odds for this one.