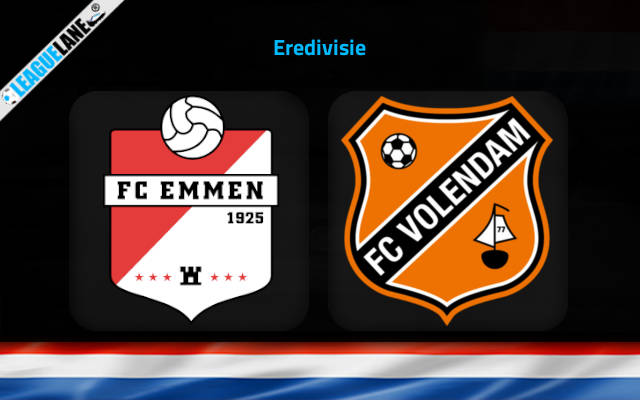 Neither FC Emmen nor FC Volendam is having an impressive form of late. Both of them have one draw and five losses in their last 6 league games and have shown poor performances that cannot be differentiated.

They both are yet to display a potential which is capable enough to prove their spot in the Dutch top flight. Both of them have a 100% winless record in this season barring a single fixture.

An interesting affair can be expected when these two lock horns with each other, but that doesn’t cover the fact that this being classified as a low-profile match.

Anyway, both will try to get some wins to gain a positive consistency before the league completely heats up.

Most of the matches these two teams have appeared in have been high-scoring affairs so we can expect the same here. Apart from that, based on the defense of these two, Both Teams to Score can be considered as a betting option here.

The Kannibal’s poor performance would have been an advantage for any teams in the competition, but this week they are pitted against an equally worst FC Volendam.

Their head to head recording also suggests a high-scoring, both teams scoring affair as mentioned earlier.

Considering all these observations, we place the Both Teams to Score & Over 2.5 Goals at the 1.95 odds as the primary bet for this one. We also like to back FC Emmen -0.5 Asian Handicap option at the 1.85 odds.