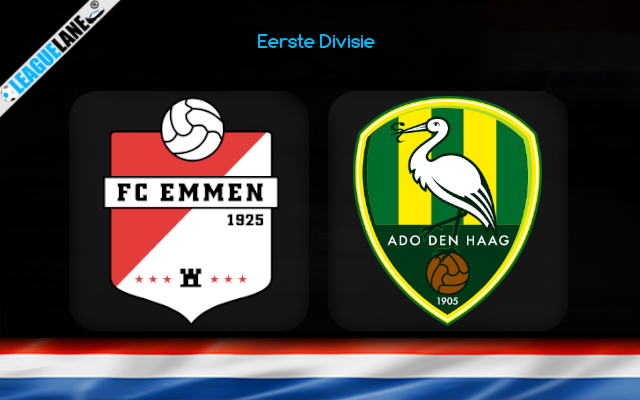 FC Emmen are well clear at the top and have already claimed the title with just one game left to complete. This is their first ever Eerste Divisie title. Following their excellent recordings this season, they will be having highest of spirits to enter their final outing.

FC Emmen recorded a rare defeat in their most recent league fixture on road against Eindhoven. They were on the back of a long set of unbeaten games before recordings such a rare outcome. However, it wont be affecting their confidence a bit.

Meanwhile, Den Haag have been enjoying a decent form this season so far. Their impressive run allowed them to enter the fourth spot of the league table. They are currently 7 points away from the direct promotion zone and will not be entering it with just one game left to play.

Den Haag recorded a 1-0 win at home against Almere City in their most recent league fixture. With that win, they are currently following a streak of six unbeaten games in the league. They will be hoping to make it seven in a row.

FC Emmen are currently following a winning thread of five straight league games at home. They have scored two or more goals in each of those five victorious home games too.

On the other side, Den Haag are winless in three of the past 5 league fixtures on road. They have leaked 10 goals in total from those three winless on road fixtures.

On top of that, FC Emmen are currently having an unbeaten streak against Den Haag in the head to head encounters. Hence, we are backing the title holders to end up this season with a positive display.