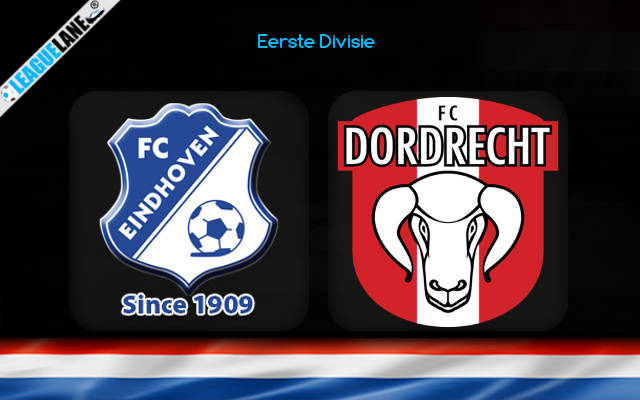 FC Eindhoven can be considered the most impressive team this season. They are yet to lose a single game, no other team have achieved this. They will host Dordrecht this Friday at Jan Louwers Stadion for Matchday 9.

The good form continues for the host as they are unbeaten in their previous five league outings. In their last match, they had to settle for a 3-3 draw against Roda.

In that game, the team managed to convert three of the eight chances into a goal. However, Roda managed to make a comeback in the last five minutes.

On the other hand, the visitors have lost three of their last four matches. Most recently they lost to MVV by a two-goal margin.

Following two back-to-back stalemates, the host will look to bring back their winning form against this bottom-side club.

The team led by Rob Penders have won 67% of their games. It is interesting to know that they have not lost a single game so far.
If they manage to secure a win in this upcoming fixture, they can leap to the topmost spot on the table.

The visitors are conceding goals at the rate of 1.63 goals per game this season. This is one of the reasons why they are at the sixteenth position on the table. Therefore, we expect them to have a difficult ninety minutes at Jan Louwers Stadion.

Our prediction is that FC Eindhoven will win by 5-1 – at 34.00 odd. This is after considering that the host have won three of the last four overall fixtures against Dordrecht exactly by a 5-1 margin.

Our second tip for this game is that Over 4.5 goals will be scored – at 4.00 odd. At Jan Louwers Stadion, the host have scored a minimum of five goals in the last four consecutive head-to-head meetings.