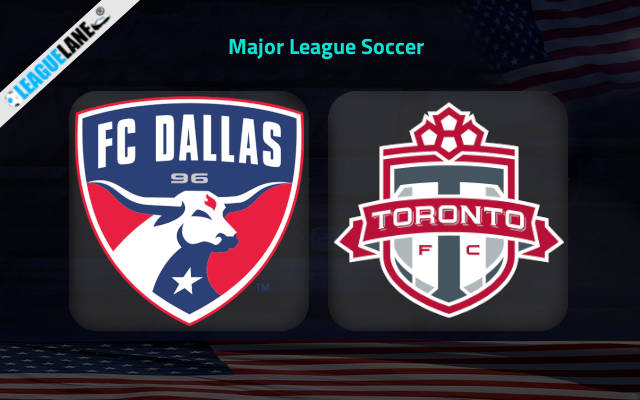 Toronto is in the Eastern Conference while Vancouver FC Dallas is on the Western side. Major League Soccer’s 27th season is just one week away, and with 28 teams and a looming World Cup, soccer hopes to continue to penetrate the American sporting landscape. The Reds will be taking a roadtrip to Frisco at Toyota Stadium for their first fixture in MLS this season against the Burn.

After a miserable 2021, FC Dallas have been hard at work rebuilding for the new MLS season. The Texas side finished 11th in the Western Conference last year, only ahead of state rivals Austin FC and the Houston Dynamo. This resulted in the departure of head coach Luchi Gonzalez who was then replaced by Nico Estevez.

Last week, they defeated Houston Dynamo by 2-1 in a Club friendly after a goal-less draw to Chicago Fire on the same platform. They have the potential to be far more fluid and easy on the eye in 2022 after their turgid performances the previous year.

Toronto FC finished 13th in the Eastern Conference with only 6 wins and a negative 27 goal difference. Their 66 goals allowed were the second-worst in the league.

After their 1-2 loss to Houston Dynamo last week, they managed to draw against Sporting Kansas City by 1-1 last week in a Friendly game. The Reds will hope their fine pre-season run can serve as a springboard for an improved 2021-22 MLS campaign.

Previous matches between the two has averaged 2.29 goals while BTTS has happened 43% of the time.

We feel that a home win is highly probable this Saturday as with the arrival of new manager, Dallas has really been improving in the pre-season. Toronto FC should be able to break down the hosts’ lineup but it is unlikely to be as many as they’ll concede.