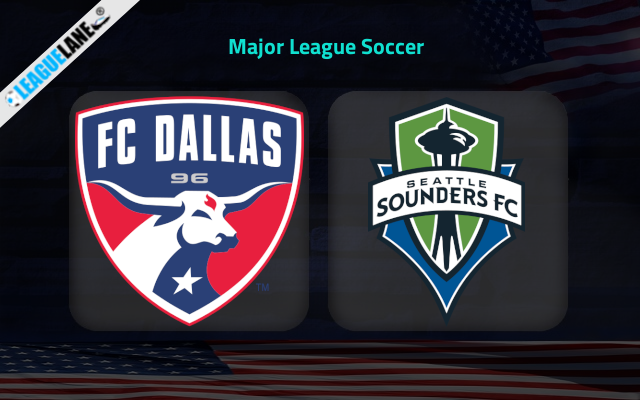 FC Dallas had a decent start to this MLS season. They have recorded enough of unbeaten displays to occupy a safe zone spot. Their decent offensive and defensive line-up have evaded a defeat in 8 of their 9 league fixtures so far.

Dallas recorded a 2-2 draw on road against Sporting KC in their most recent league fixture. With that draw, they are currently following an unbeaten streak for seven games in the league. They will be hoping to make it 8 in a row by recording a positive display in their coming league fixture.

Meanwhile, Seattle Sounders had an inconsistent start to this season. They have won two, drew one and lost three of their 7 fixtures so far this season. With a total of 7 points, they occupies the 12th spot of the table.

Seattle Sounders recorded a 4-3 defeat on road against SJ Earthquakes in their most recent league fixture. They added the above defeat with a 0-1 defeat at home against Inter Miami to wove a thread of two losing games in the league.

The home form of FC Dallas is so strong as they are yet to record a defeat since the beginning of this year across all competitions. They won four of their five league fixtures here scoring two or more goals.

On the other side, Seattle Sounders are having an inconsistent form on road. They are winless in three of their total 4 on road fixtures this season.