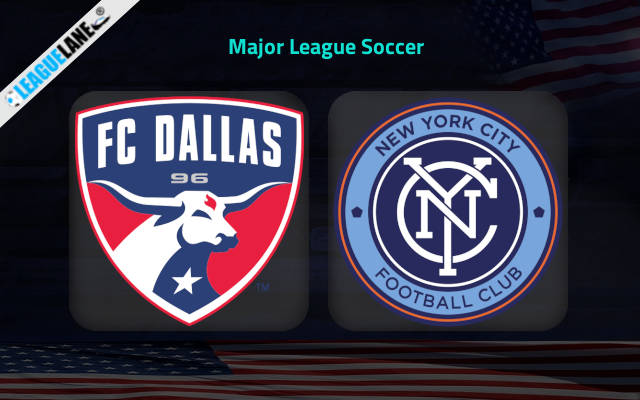 Both these teams are placed high in their respective conferences but it needs to be mentioned that both the squads are going through a worrying period, as of now.

They are letting in goals in huge numbers, and despite the best of their efforts they have been unable to post 3 points on the board at least once in a while.

In fact, Dallas are one of the only 2 teams in the Western Conference to have remained winless in the past 5 games in a row.

Moreover, they are also one of the 4 teams in the West to have remained winless in the last 3 appearances at home. And it needs to be mentioned that the other 3 teams are placed in the bottom-most tier of the conference.

On the other hand, New York City have managed to win a total of just twice on the road all through the campaign and all along they have been letting in goals in huge numbers.

By the looks of things, it is expected that we are about to witness a goal-fest this Thursday.

The last 3 games of New York had 4 or more goals and their last 5 fixtures had 3 or more goals. Moreover, they have won just thrice on the road in the past 7 months.

On the other hand, Dallas had failed to keep clean sheets in their past 10 games in a row and they had left in 2 or more goals in 2 of their past 3 appearances at this venue as well.

Considering these observations anticipate goals to come in plenty this Thursday.