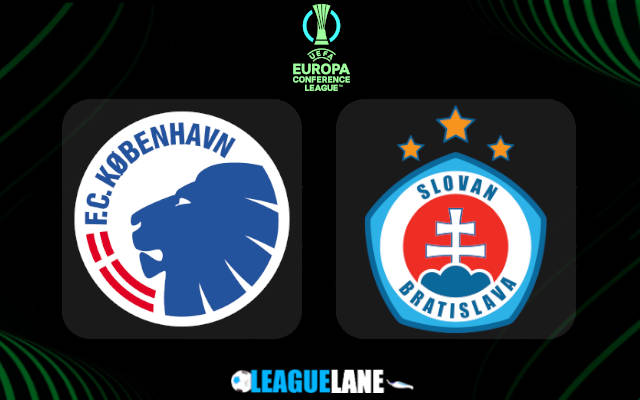 FC Copenhagen are firmly holding the top spot in Group F, but they also do not have any match on schedule before December 20th, meaning Jess Thorup does not need to rest his main players here. Although Slovan desperately need points here, we are backing the hosts because they have more quality in their ranks.

FC Copenhagen and Slovan Bratislava head into the final day fixture in an entirely opposite mood.

The Danish outfit have already secured the top spot in Group F. Jess Thorup’s men won four and lost one of five Conference League outings so far. They have scored as many as 13 goals in the process.

The 0-4 victory at Lincoln Red Imps in the previous round launched Copenhagen four points clear at the top of the standings.

Slovan Bratislava, on the other side, share the second position with PAOK. The two teams sit level on eight points ahead of the last round.

They have an identical head-to-head record, meaning the goal difference will determine the second-position holder in case of the same number of points after this Matchday.

Since PAOK have the home fixture against the rock-bottomed Lincoln Red Imps, it is clear that the Greeks are in a much better position right now.

However, Slovan will certainly not give up without battle. It will be very interesting to see how much of an effort will Copenhagen put up here since this clash does not have big importance for them at all.