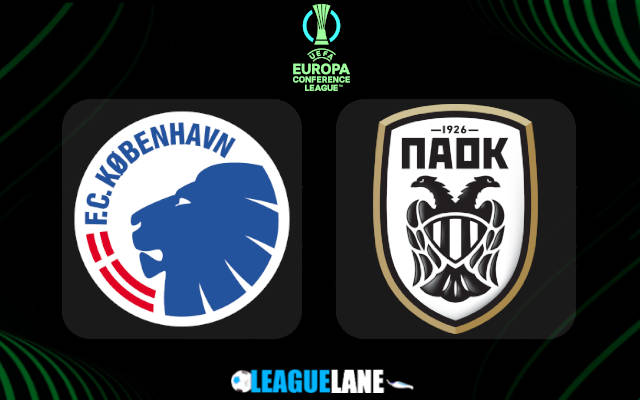 Copenhagen may have won just one of the last four Superligaen affairs, but we can’t look past the 2.00 odds offered for their win here. The Danish outfit dominated heavily in both of their Conference League outings unlike PAOK who had to dig deep to get their four points so far in the campaign.

Top two sides in Group F are about to lock horns on Thursday evening at the Parken. Copenhagen will be looking to maintain their perfect record in the UEFA Europa Conference League having bagged three goals in each of the impressive back-to-back wins over Slovan Bratislava and Lincoln so far in the competition.

Jonas Older Wind has been the main catalyst for the early Copenhagen successes as he bagged three goals in the opening two group stage affairs.

He also added four goals in eleven appearances in the Danish Superligaen this term and we fancy him to create a lot of damage to the leaky defense of PAOK’s on Thursday.

The visitors claimed four points from their opening two Conference league ties but they left a somewhat weaker impression than Copenhagen along the way.

Moving forward, PAOK will travel to Denmark off the back of an eight-goal thriller against Volos at home (ended in a 4-4 draw).

The head coach Razvan Lucescu has reasons to be worried about his men’s latest defensive performances as PAOK shipped at least a goal in four of the last five matches in all competitions.

Tips for Copenhagen vs PAOK