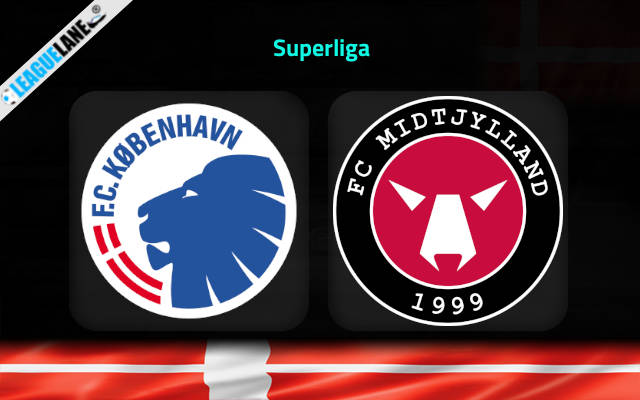 These two have been the absolute best teams in the Danish top flight this season, and it is only fair that these two take part in the final stretch of the title-race.

As expected, the two squads are placed first and second in the table, and are on long winning streaks. However, it needs to be mentioned that Copenhagen have simply been on another level. They are in comparatively better form, and they are also at home. And importantly, they are placed first in the table with a six-point lead over their counterparts for the day.

By the looks of things, expect Copenhagen to have the edge this Sunday.

On the other hand, Midtjylland were winless in five of their previous eight overall matches, and they have a single win on the road from their past five away fixtures.

Considering these observations, expect Copenhagen to have the upper hand this Sunday.

However, do expect goals to come in plenty from either side, as the title is on line. Anticipate attacking football right from the get-go.

Tips for FC Copenhagen vs Midtjylland