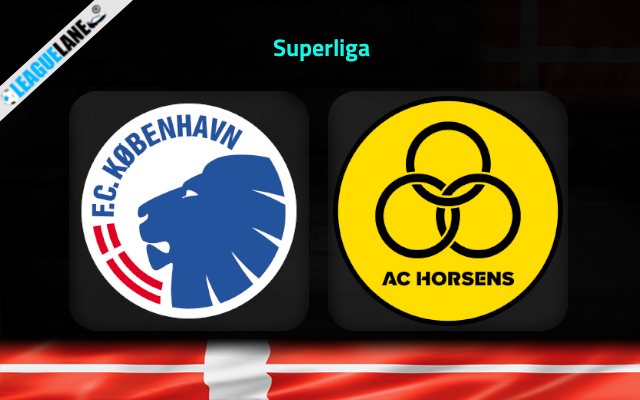 It is curious that the Danish top flight will witness an encounter between the reigning champions Copenhagen and the champions of the second division Horsens in the first match-day itself.

Copenhagen were very easily the best team in the tournament the last season and they had scored the most number of goals as well as had conceded the least in the regular season. In fact, they had lost a total of just twice all through the regular season campaign.

Going on, they also carried forward this momentum into the Championship Round add held their lead at the top till the very end.

Meanwhile, Horsens were not even present in the top flight at the time. They were battling for a promotion from the second division. This inexperience will cost them heavily in this upcoming year and it is only unfortunate that they have to take on the best of the top flight right away.

For the reasons, expect a victory for Copenhagen this Sunday.

Copenhagen had won 5 of the past 6 overall fixtures and they were unbeaten in 29 of their past 33 games as well. In the process they had also gone on separate 7-match and 4-game winning streaks.

On the other hand, Horsens too have a good streak of performances lately. But it needs to be mentioned that most of these games were against teams from the second division. They are massively inexperienced as far as the top flight is considered.

Moreover, they also have an inferior head-to-head record against this rival.

Likely expect a victory for Copenhagen.

Tips for FC Copenhagen vs Horsens