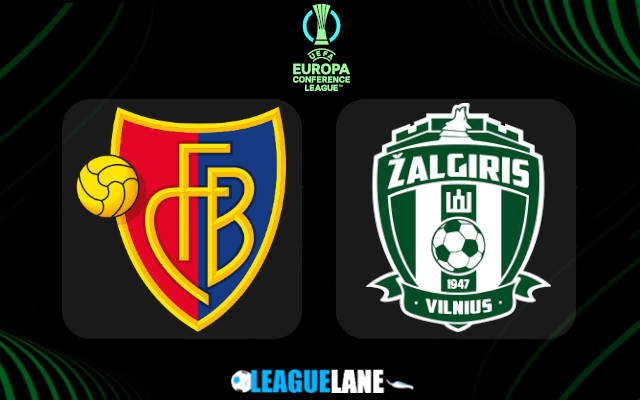 Just three points separate Basel at the top of the Conference League in Group H and Žalgiris at the bottom ahead of matchday five. Both these teams will go head-to-head at St. Jakob-Park.

For the host, the objective is simple if they win they will go through to the knockout stages. However, they are on a two-game winless run. On matchday four they faced Slovan Bratislava and the game ended in a 3-3 draw.

When both these teams met in the first leg, the host won that game by 1-0. It was Andi Zeqiri who scored the only goal in that game.

The recent 2-1 win over Pyunik has finally ended Zalgiris’s winless run in Group H. They played a very attacking game as they registered eight shots on goal. This is the only game in which they have scored two goals. Do note that they still remain at the bottom of the group.

Moreover, the visitors have the best defensive record in Group H. Also Kasim Nuhu who was given a red card in the game against Slovan Bratislava will be available for selection in this upcoming match.

For this game our first tip will be that Basel will win this game by 2-1 – the odd for this tip will be at 8.50. This is after considering the host won the first leg. Also, against Slovan Bratislava they scored three goals. Moreover, they are unbeaten in their last two home games in their domestic league.

Our next tip for this game is that Both Teams to Score – the odd for this tip will be at 1.90. In the game against Pyunik, the visitors ended their goalless drought as two different players scored in that game. Do note that the host have scored the most number of goals in Group H.