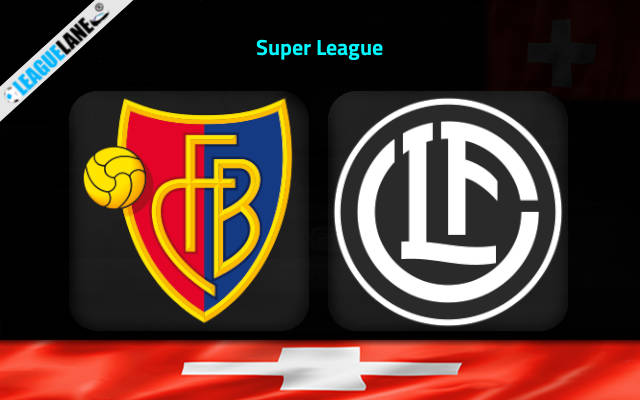 Round 36 of Swiss Super League start this Sunday as FC Basel play host to Lugano who are fighting for a top 3 spot. These two sides will lock horns at St. Jakob-Park in what would be an exciting clash.

FC Basel is at the 2nd spot on the standing with 59 points from 35 games. They won 14 times in the league while having lost on 4 other occasions. The hosts have the highest draw result this season with 17 and they already come here on the back of 3 consecutive ties.

The home side marked their third draw in a row against Servette by 0-0 in their previous fixture. Things have not been going that well in front of goal for Basel recently, with the side failing to score in 3 of their last 5 league games. They have been without a league win since their last 4 league schedules.

On the other hand, Lugano resides at the 4th position on the table with 54 points. Of the 35 matches played, they won 16 times in the league while drew on 6 and lost on 13 other occasions. They have secured their first Swiss Cup title since 1993 and have been on an incredible form since then.

After their Swiss Cup win, Lugano was able to carry that momentum in the league, thereby winning 2-1 against the toppers Zurich previously. They have already been promoted for Europa Conference League qualifiers as they have a 7- point lead from the fifth placed St. Gallen.

Basel has put together a good run of form and has now gone 3 games without defeat. They have kept 3 clean sheets in the last 5 games but they have been recently drawing games unnecessarily.

Meanwhile, Lugano lost their last 2 h2hs in a row and are without a win against this foe since their last 4 meetings. But they come here on the back of 2 consecutive league wins along with a 5-game unbeaten run.

We feel that a draw or an away win is likely to occur this Sunday.