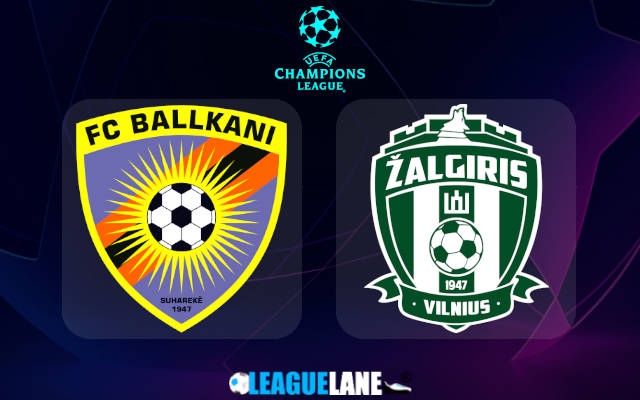 FC Ballkani were having a disappointing dip in form before playing their recent friendly outings. They are winless in three of the past five competitive outings. The unbeaten outcomes they recorded before the final 10 fixtures have actually helped to end up in the top spot of the Kosovo SuperLiga table.

Meanwhile, Zalgaris have been enjoying a decent form of late. They have won each of their past four league fixtures and are at the top of the table with the same pace they had the past season to claim the title. Their possession of a strong offensive and defensive line-up is also an boosting factor.

Zalgaris have been recording positive outcomes mostly. They have won nine of the past 10 fixtures across all competitions. On the other side, FC Ballkani is having an inconsistent form as mentioned above and have leaked goals in three of the past five competitive outings.

By the looks of things we expect an interesting affair between FC Ballkani and Zalgaris when they both meet in a Champions League Qualification fixture on Tuesday evening at Stadiumi Fadil Vokrri.

The home form of FC Ballkani is decent but not impressive. They have lost one of their past four home outings. Also, we can see their defensive line-up leaking two or more in two of the past three home recordings.

On the other side, Zalgaris won each of their past six on road outings and are having an unbeaten streak for 15 games away across all competitions. Their offensive and defensive side have been also displaying impressive recordings here lately.

Considering all the above stats, we are of the view that the traveling Zalgaris will end up sealing a win in the first leg of this Qualification fixture against the hosting FC Ballkani when the referee blows the final.