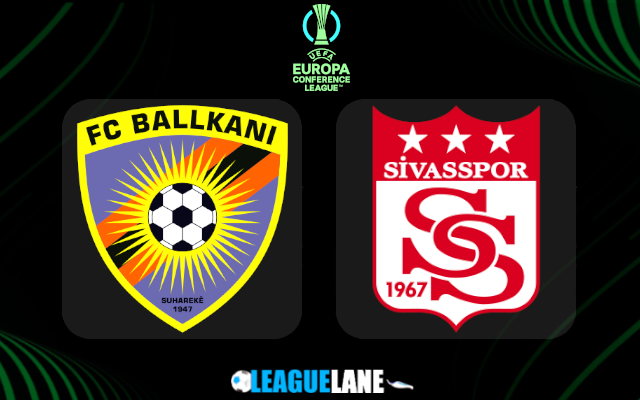 It seems that they are determined to repeat the same this time around. They are currently on the back of an impressive stretch of performances. Ballkani are on a 5-game winning streak at present.

Sivasspor will have to bring out their competitive exposure to beat a team in such a good form. The Turkish Superlig is undeniably a better competition than the Kosova Superliga. So, whether Sivasspor can pull off a win with such experience can’t be answered with no.

If we look at the reverse fixture, it can be said that Sivasspor was unlucky to concede a defeat. They might have never though of a strong response from the opposition when having lead in the early half of the game.

Despite being down by 1-3, they did well in the second half and had succeeded in scoring the level goal at 90. however, Ballkani scored an unexpected injury time goal to claim a victory.

A closer look to the past 3 overall games Sivasspor had appeared, we can see them netting 6 while allowing 8. there is no doubt that such a displeasing display will affect the team.

It doesn’t look like Calimbay will come down with such a defensive hole on Thursday. So expect a slightly better defensive steel. However, at least one goal should be expected from the Ballkani side considering their current form.

Taking into account all these observations, expect a victory for the visiting side Sivasspor on Thursday.