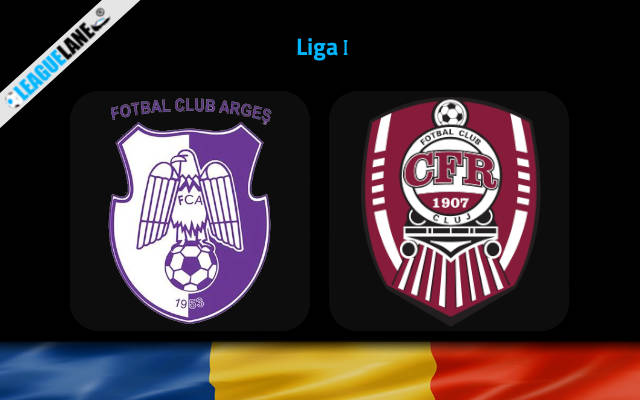 FC Arges have not had a great start to this season and their recordings so far in the campaign will tell you why. They managed to win 3 out of the 9 games they played so far in the season, but faced defeat in 4.

This shows their inconsistency specifically in recording unbeaten outcomes. Do also note that they had let in a total of 14 goals in the 9 fixtures while scoring 9.

Their upcoming opponents are none other than the reigning Champions CFR Cluj. They will enter this tie on the back of a Europa Conference League fixture against Sivasspor which they lost 0-1 ft.

Going on, CFR Cluj is having an average form at the moment. They managed to win 5 out of the 8 games they played so far in the campaign. It deserves to be mentioned that they had scored a total of 15 goals over the course of those 8 games while leaking 9.

Arges were winless in 6 of the past 10 overall fixtures and is currently on a 3-fixture winless streak. Going on, they lost 2 of the past 4 outings in front of their home crowd.

On the other hand, CFR Cluj were unbeaten 8 of the past 10 overall road trips and had gone on a Separate 5-fixture and 3-fixtures unbeaten streaks.

Taking into account these observations as well as their head to head statistics, we expect a win for CFR Cluj on Monday.