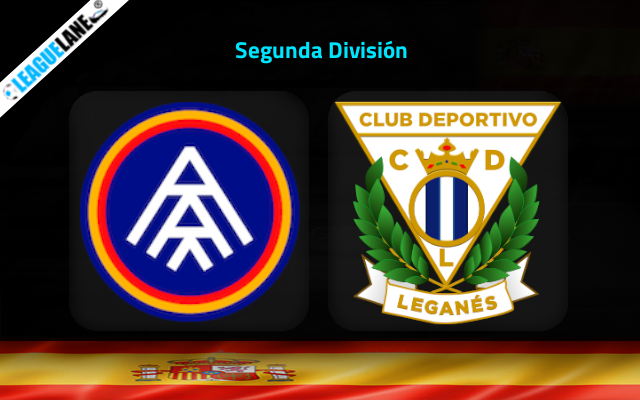 FC Andorra vs Leganes Predictions and Free Tips from our expert tipsters when the teams go head-to-head in the Spanish Segunda Division on Sunday, 11 December 2022.

Dropping points in the past few games have affected Andorra. They have dropped down town to 8th in the league standings. Going on, they will head into this fixture suffering a 1-0 defeat against Huesca last time out.

Their Saturday’s opponents are Leganes, who are currently 12th in the league standings. They are on an eight-fixture unbeaten streak currently. It is worth noting that the past two outings had finished in a draw for them.

They have only locked horns twice. The most recent of those was a friendly meeting, which had finished in a 0-2 win for Andorra.

Who will win the match between FC Andorra vs Leganes?

FC Andorra have won two of the past four home outings. They balances their defeats by sealing a victory in the very next game at home lately.

Since Leganes are winless in seven of their 9 road trips so far in this season, we expect a victory for the home side on Saturday.

Matches involving Andorra have generally been low-scoring affairs. However, they have managed to record a couple of high-scoring fixtures lately at home.

On the other side, the offensive side of Leganes have displayed some decent performances in the last few games. Therefore, expect over 2.5 goals ft in this fixture.

Both teams to score option is likely to land in this fixture because neither of these two outfits are having a strong form lately. Both the outfits will enter this fixture leaking two goals in the previous two league outings.

Considering all these observations, we like to back FC Andorra to seal a win at 2.15 Odds.

For the second tip, we like to place the both teams to score option at 2.20 odds since neither of them displays a potential of keeping a clean sheet.