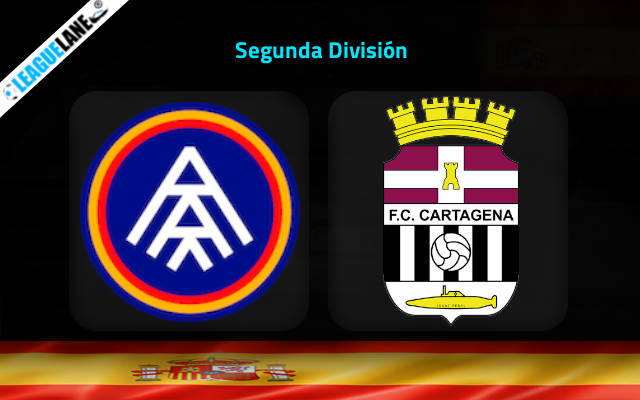 Andorra are in great form at the moment, and are going after a spot in the top-most tier. Most of their recent games ended in wins, and all along they scored goals in plenty. Meanwhile, Cartagena are holding on to their fifth spot with dear life, and will be determined to not drop points this Sunday.

With either team placed close to each other in the table, a defeat this weekend could be catastrophic.

Based on recent form, Andorra are easily one of the best in the Spanish second division, though their defense at their home ground has not all been impressive lately.

Going on, it is to be noted that only three teams in the entire league scored more goals than them, and they managed to replicate this offensive form in front of their home crowd as well.

They scored the most number of goals of all the teams in the competition, and even scored in plenty in road fixtures.

As things stand, anticipate a high-scoring affair this Sunday between the two squads.

Not only did Andorra record three wins in a row, but they managed to slot in eight goals in the process as well. Moreover, they even registered a 4-0 win at home the past game week, against Lugo.

On the other hand, Cartagena seldom lost fixtures in the past months, and during the course they scored goals in plenty.

They have the rare distinction of being a team great in offense, and poor in defense. And due to this fact, most of their fixtures are usually goal-fests.

It goes without saying that we are about to witness one such match-up this Sunday between these two determined squads at the Estadi Nacional.

Both Teams to Score and Over 2.5 Match Goals – these two wagers look very promising this weekend.

Tips for FC Andorra vs Cartagena