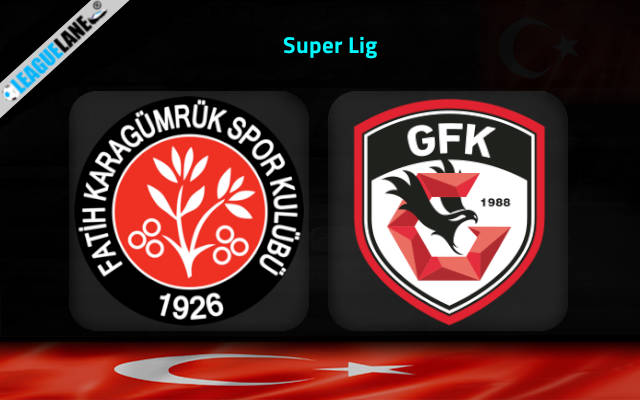 Fatih Karagumruk suffered a heavy defeat last time. Now, they have a huge challenge ahead of them as they will play against Gaziantep at Atatürk Olimpiyat.

In their last outing, the host lost by 4-2 against Antalyaspor. Ebrima Colley scored the opener in the fourth minute of the game yet, they conceded three goals before half-time. This is their second consecutive defeat.

The main problem for the host is that they are conceding goals at the rate of 2.00 goals per game, this is one of the reasons why they have lost 50% of their games this season.

One positive news for the host is that Adnan Ugur will be available for selection ahead of this game as he received a red card in the game against Galatasaray.

The visitors are also walking in the same direction as they are on a two-game losing streak. In their last league outing, they lost to Kayserispor by 2-1. This is their fifth defeat of the season.

Moreover, their recent form is riddled with losses as they have lost three of their last five outings. Both these teams are separated by three points ahead of this fixture.

Erol Bulut’s side will have to work on his team’s away form as they have lost four of their last five away fixtures.

Our first prediction is that Fatih Karagumruk will win by 2-1 – at 9.00 odd. This is after considering that the host are on a two-game winning streak at Atatürk Olimpiyat against this team.

Moreover, our next tip for this game is that Both Teams to Score – at 1.61 odd. It is very rare for a goalless match whenever these two sides have clashed. Both teams have scored in three of the last four meetings. We can bet on this trend to continue this time as well.