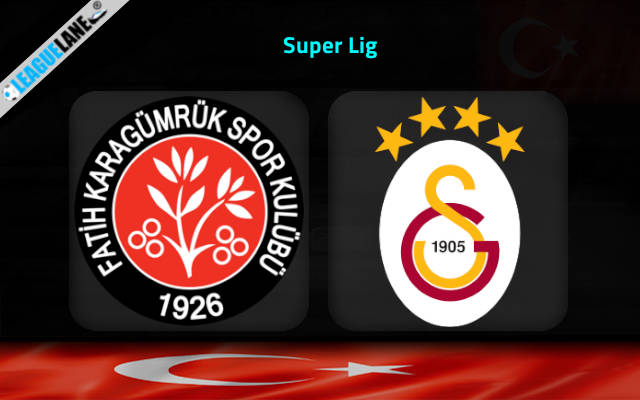 Galatasaray are the guests at Ataturk Olimpiyat on Friday for the Super Lig game with home team Fatih Karagumruk.

Fatih Karagumruk is finding hard to deliver at least one good performance since the beginning of the new Super Lig campaign.

They had finished 8th in a table of 20 the last time and might had better hopes prior to this season. Anyway, they were on a long winless streak in the league before claiming a couple of wins in the past two rounds.

The problem for Pirlo lies in his team’s defensive side which allowed a total of 18 goals over the course of the previous 10 league fixtures.

Going on, they were on a 6-game unbeaten streak before conceding a defeat against Kayserispor in the previous match. They owns an impressive offensive line which is capable of scoring at least two per game.

By the looks of things, expect a victory for the guests Galatasaray on Thursday.

Based on the current form, Galatasaray has a better chance of winning. In addition, they have also performed well in away matches since many months.

Taking into account all these observations, we like to back Galatasaray to seal a win from this fixture. However, the home side will have their chances of scoring here.