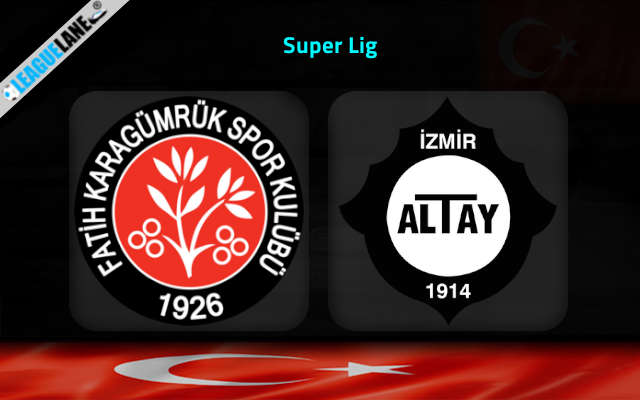 Altay managed a huge 3-2 victory over Gaziantep seven days ago to move up to 18th position in the Super Lig standings.

They still have a mountain to climb to prevent the immediate return to second-tier football, being four points shy of the safe zone with eleven games left to play.

However, we must recognize the obvious improvement in the team’s performances since Serkan Ozbalta took over Mert Nobre on the bench on January 27th.

Altay, who have been struggling to perform in the elite class of Turkish football throughout the entire season, won two, drew one, and lost one of the last four league games under Ozbalta.

The lone defeat came away at Besiktas, and it was a narrow one, 1-0. We can thus talk about the clear rise in the team’s defensive showing since Ozbalta’s men allowed only three goals in the last four matches.

Next up for Altay are mid-table Fatih Karagumruk who will enter the tie off of a disappointing elimination in the mid-week’s Turkish Cup quarterfinal tie against Sivasspor (a 1-0 loss on the road).

Fatih Karagumruk, however, managed to stun third-placed Istanbul Basaksehir 1-2 on the road last weekend in the previous Super Lig Matchday.

The team led by Atilay Canel won three of the last four league affairs despite being without the top scorer Aleksandar Pesic who is still sidelined through injury.

Fatih Karagumruk have been very tough to break down at home recently as they shipped just one goal in the previous four league fixtures at Ataturk Olimpiyat Stadi.

Only one of the last nine league matches Fatih Karagumruk played on the home patch saw three or more goals scored. Altay have also improved their defensive displays of late, meaning we have reasons to expect a low-scoring scenario here.

The Under 2.5 goals FT pick is paid at the attractive 2.00 odds. We will also back the home win at the 1.90 odds because of Fatih Karagumruk’s strong form at Ataturk Olimpiyat Stadi.