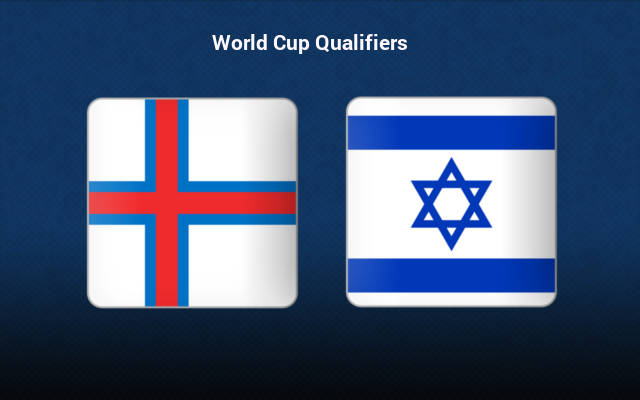 Faroe Islands are one of the worst teams in the world, and they are placed second to last in the Qualifiers table. Meanwhile, Israel are one of the best in the group, and are going after the second spot. By the looks of things, expect an Israeli win this Wednesday at the Torsvollur.

They are placed third in the table, and are trailing by just one point below the second-placed Scotland. And since the Scots are pitted against toppers Denmark, it’s an opportunity for Israel to climb to the second position.

Note that they have had an unbeaten campaign so far, barring their defeat against the Danes.

In the meantime, Faroe Islands are yet to register a win in the tournament, and in fact have a 100% losing record disregarding a draw against the dead-last placed Moldova.

Do also note that Faroe have scored the least in the group, and have conceded the second-most as well.

Likely, expect a win for Israel this Wednesday.

The Islands lost 4-0 on the road the last match-day, against Scotland. In the meantime, Israel won 1-4 on the road against Moldova.

Going on, Faroe had lost three of their former four overall games, and they were winless in seven of their past eight matches. And in the past five-year period, they have won just against three teams – Malta, Andoraa, and Liechtenstein – some of the absolute worst teams in the world.

On the other hand, the Israelis were unbeaten in three of their preceding four overall fixtures, and two of these were wins. They had also scored three or more goals in two of their last three matches, and they had won three of their past five road trips.

And most importantly, the Islands have a 100% losing record against this foe.

Likely, expect a win for Israel this Wednesday at the Torsvollur.