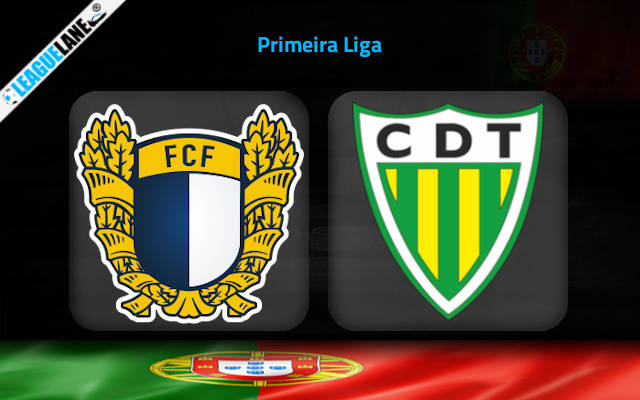 Famalicao with solid performances in February has gotten themselves outside the relegation picture. However, with the tight situation in the bottom half of the Portuguese top flight, they need to keep up this momentum.

They were last seen in an away fixture against top half of the table club Maritimo, in a contest that ended with a score line of 0-1 in favour of the visitors. Largely thanks to the sending off of Cláudio Winck towards the end of the first half.

This marked back to back wins for the club. Managing to gain seven points from their last five league matches, they now sit 12th in the league, three points clear of the relegation zone.

Things have not gone the way of Tondela in 2022 as they have managed to get their hands on very few points and are stuck in an intense battle against relegation.

In their most recent match, they took on Sporting Braga at home and ended up losing the contest by a score line of 0-1. This marked the club’s 4th loss in five league games.

With just a win to show for those games, the club is now 16th in the league, three points behind their opponents for Saturday.

The hosts have done fairly well for themselves in recent home games as they are undefeated in their preceding four matches at home.

However, the club has managed just two wins at this venue throughout the seasons and their opponents have lost just once in their last four away games. Therefore, I have backed them with an Asian handicap.