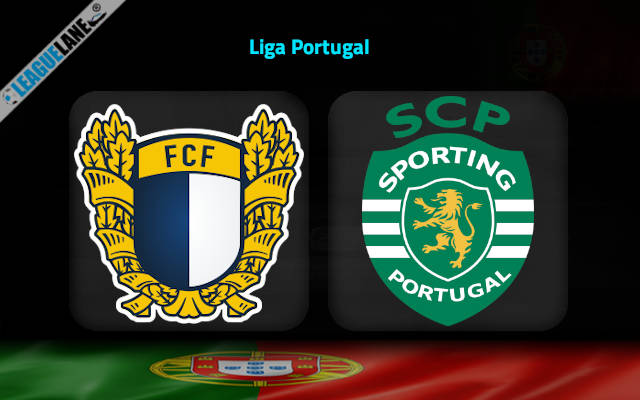 Sporting CP bounced back from successive failures against Arouca and Eintracht Frankfurt by beating Vitoria de Guimaraes 3-0 last weekend on the home patch.

Marcus Edwards came on as a first-half sub to complete a brace, while Hidemasa Morita was also on target for the team led by Ruben Amorim on the occasion.

Sporting CP are, however, still twelve points shy of leaders Benfica and four points behind Porto in second place.

They can ill afford any more slip-ups, especially now when they were knocked out of the UEFA Champions League and can shift the full focus on the domestic success.

Sporting CP will be big favorites on Sunday when they travel to Estadio Municipal 22 de Junho to take on Famalicao in Gameweek No 13 of the Primeira Liga season.

Famalicao have found goals hard to come by this season. They notched only 10 goals in 12 league games and sit only at the 14th place in the Primeira Liga table right now.

Joao Pedro Sousa’s troops will enter this tie off the back of a disappointing performance in a goalless draw away at Maritimo last weekend.

Famalicao took only one point in the previous two league games, a streak that also involves the 3-2 defeat at Vitoria Guimaraes.

Sporting CP have leaked way too many goals so far in the season but we expect them to enter this game with the highest-possible motivation level after the Champions League elimination.

Knowing that Famalicao have only found the back of the net 10 times in the opening 12 games of the season, we like the 2.75 odds offered for Sporting Lisbon to win to nil here. The value is also great with in-form Marcus Edwards to score anytime for the visitors at the 3.00 odds.