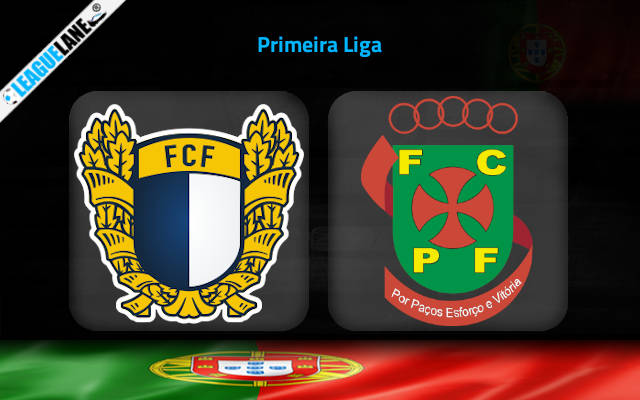 In game week 18 of Primeira Liga, Famalicao face Ferreira for their next match on Sunday at Vila Nova de Famalicao.

Famalicao is in the 16th position on the league table with 15 points from 17 matches. They played their last match against Belenenses. Famalicao won the match after scoring the only goal in the match.

Famalicao has had occasional wins in the matches in this season. They have 3 wins, 6 draws and 8 losses from the matches they have played so far in the league. Their performance has been poor since the beginning of the season. The three wins the team has secured came from the last ten matches. They have also scored in eight of the last ten matches.

The team’s performance in their home ground has been poor. They have not produced the result they hoped for from their home matches. From the eight matches the team has played, they have scored in six of them but have only one win to show from the matches.

Ferreira is in the 11th position on the league table with 17 points from 17 matches. They played their last match against Benfica. The opposition scored two goals, while Ferreira could score none. The match ended with 2-0 FT score.

The team has not exhibited a good performance in this season. The team has won only four games throughout the season. They have only scored in five of the last ten matches. Ferreira is in the risk of getting relegated with their current performance.

They have played eight matches so far in their away matches in Primeira Liga. They have only scored in five of the matches and have only won in two of them.

Ferreira and Famalicao are only two points away from each other and have four and three wins respectively from their matches. A win in the next match will give both teams an advantage over their opposition.

Both teams have scored in their recent matches and are very likely to score in this match as well. However, with their recent performances, even though Famalicao plays in their home ground, they are not an opposition to be feared by Ferreira. I believe the match is likely to end in a draw and both teams will score in the match.