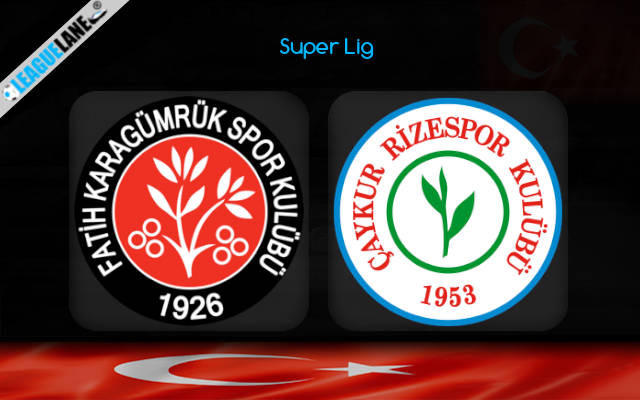 In game week 21 of Super Lig, Faith Karagumruk faces Rizespor for their next match on Saturday at Istanbul.

Faith Karagumruk is on 13th position on the league table with 27 points from 20 matches. Karagumruk played their last match against Gaziantep FK, which ended in a loss with 3-1 FT score.

Karagumruk had exhibited strong game in their home matches at the start, but now the team has not found a win in the last five matches.

Even though they scored in the four of the last five matches, they have not achieved a win. They played their last home match against Fenerbahce, which ended in a draw with 1-1 FT score.

Rizespor has earned a single point from their last match. They have 18 points from the 20 matches they have played. Their last match was against Besiktas, which ended in a draw with 2-2 FT score. They have not won in their last three matches.

This team had many losses at the beginning of the season. However, they have four of their six wins in the last ten matches. The team now stays in the 19th position on the league table and is in the relegation table.

Both Karagumruk and Rizespor have not won in their last three matches. Karagumruk has the better chance of winning in the next match than Rizespor because they are the better team out of the two.

Rizespor has not won in a single away match this season as well and has failed to score in most of the matches as well.

So, I believe Faith Karagumruk will win the next match. The match is also likely to end in under 2.5 goals.