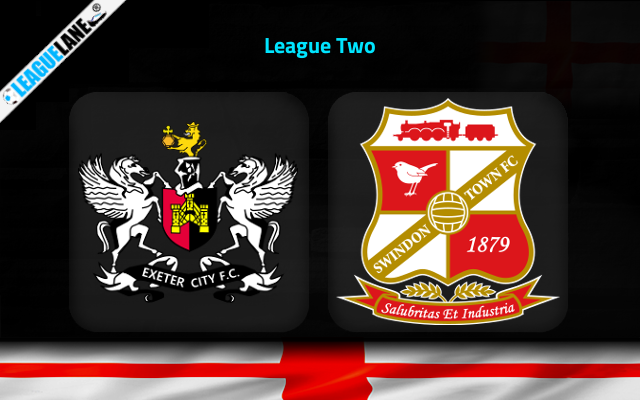 Exeter have managed to enter a spot near the safe zone on the table. They have a total of 54 points and are just one point away from it. They will have a good chance to enter the top 7 if they manages to seal a three pointer in the coming League Two fixture against the 7th spot Swindon at St James Park on Tuesday.

Swindon have a total 55 points. To start with, they have a strong offensive lineup who succeeded in scoring goals at an alarming rate since the beginning of this league. Their recent five league fixtures have four positive recordings. Following such a set of strong display, they will be having good spirits to enter this fixture.

Meanwhile, Exeter also possess an impressive offensive and defensive lineup. Despite of a lose recorded in the recent league fixture, they are unbeaten in four of the past five league outings. They will be also having the similar spirits of Swindon and will be motivated enough with the task of acquiring a top spot.

By the looks of things, we can expect a highly competitive interesting League Two affair on Tuesday when both these outfits battle each other. We can expect goals from either sides as they both owns a strong offensive lineup.

Exeter’s attacking side have impressed the local supporters at this venue in most of their league outings so far. Similarly, Swindon also possess a strong on road offensive lineup.

Considering all the above stats, we see draw as an ideal option for this one. Also, we back the both teams to score option on the back of the h2h tradition and the strong offensive side of both these outfits.