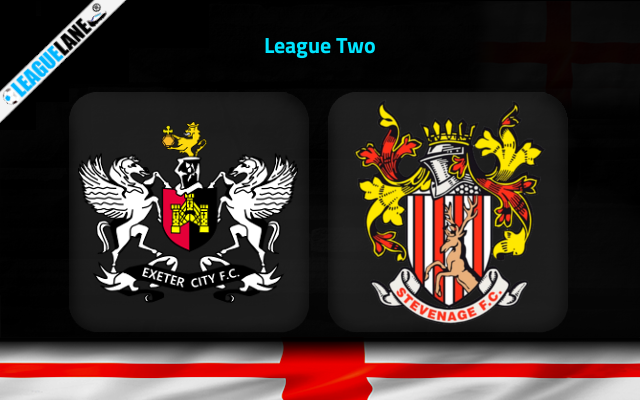 Exeter have decreased the gap between them and the table toppers Forest Green since they dropped points in every league fixtures of late. They will be hoping to end up finishing at the top spot which is currently 7 points away from them.

Exeter played a goalless draw against Port Vale away from home in their most recent league fixture. With that draw, they are now following a streak of five subsequent unbeaten fixtures. When looking at their past recordings, they have only lost once in the past 14 league fixtures.

Meanwhile, Stevenage are on the verge of relegation picture. They have a total of 34 points. Their offensive and defensive lineup is unimpressive. With their current form, we have nothing much to expect from them.

Stevenage lost 1-2 to Northampton at home in their most recent league fixture. They are now on the back of 9 straight winless games in the league. Following such a set of negative displays, they will enter their coming league fixture with lowest spirits.

By the looks of things, Exeter will record another positive display when they meet Stevenage in their coming League Two fixture at St James Park on Saturday.

On the other side, Stevenage are winless in the league fixtures on road since August 2021. They have also leaked goals in a worrying fashion on travels.

Analyzing all the above stats, we are left to back this Exeter who possess an impressive form in the league since many games.