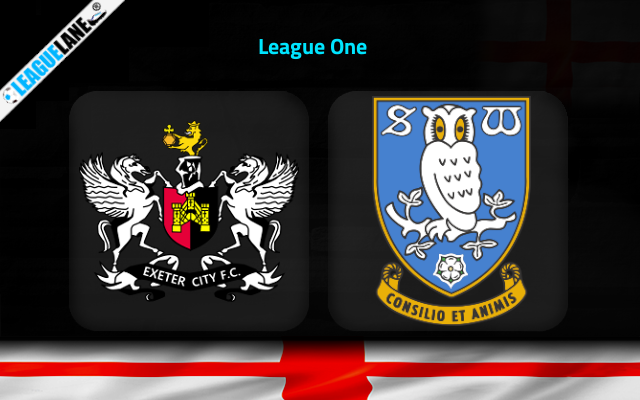 Exeter vs Sheffield Wednesday Predictions and Free Tips from our expert tipsters when the teams go head-to-head in the England League One on Saturday, 10 December 2022.

Sheffield Wednesday have been in great form since the beginning of this season. They are currently third in the table and have conceded defeats rarely.

Current 11th place Exeter will be their opponents on Saturday. Exeter has shown an inconsistent performance in the last five games. Therefore, Sheffield will head into this match with enough of spirits.

These two teams have met only once in the last 10 years. Sheffield Wednesday won that match 2-0.

The two have met at this stadium a total of three times. Sheffield wonnone while Exeter won the other two.

Who will win the match between Exeter vs Sheffield Wednesday?

Sheffeild Wednesday have lost only once in their last 8 away matches. On the other hand, Exeter are winless in four of their last six home matches.

Based on the above stats, Sheffield is more likely to win. Moreover, Sheffield won their recent meeting at this stadium.

Four of the last five home matches played by Exeter saw the landing of over 2.5 goals ft. They have been allowing goals from the opposite side at a worrying fashion.

Considering the strong offense of Sheffield Wednesday, we expect this match to have goals over 2.5 ft.

Exeter scored 9 goals and conceded 11 in the last five home matches. But scoring goals won’t be easier for them the coming Saturday.

Because Sheffield owns the best defensive line in the league. However, we expect both teams to score option as Exeter managed to score goals consistently in the last home matches.

This match is most likely to have over 2.5 goals ft. Placing it as the second bet seems to be ideal.