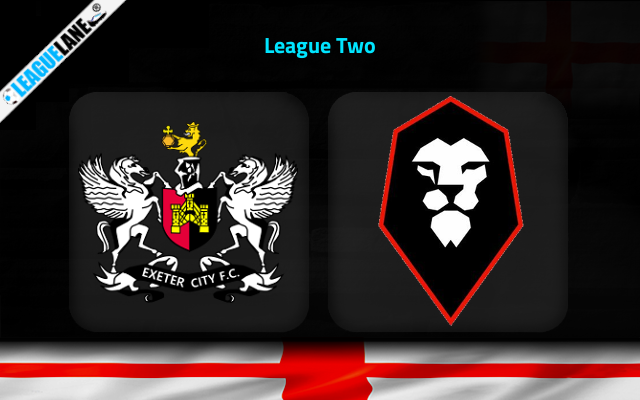 Exeter sits at the edge of the promotion zone with a total of 54 points. They have a good attacking and defensive lineups. They have a decent form in the league of late and will be hoping to find a spot on the top with their current form.

However, they have recorded a defeat in their most recent league fixture against Mansfield away from home. With that defeat, they are now on the back of two winless games. That was the only defeat recorded for them in the past 10 league fixtures.

Meanwhile, Salford City have managed to record brilliant results from the recent fixtures. They have collected a total of 11 points from their recent five league outings to add up to a total of 48 points. They sits 11th on the table.

Salford have managed to record a score draw against the table toppers Forest Green in their most recent league fixture. With that draw, they have constructed an unbeaten thread of five league games.

By the looks of things, we expect a highly competitive display from both these outfits in the 36th Round of League Two fixtures on Saturday at St James Park.

Salford City, on the other side, looks to have a decent form in the league fixtures on road. They have a decent attacking side too. But that will not count much against this Exeter City.

Knowing that the hosts have an impressive form at home and also in the h2h tradition against Salford City, we back them to seal a win from this fixture.