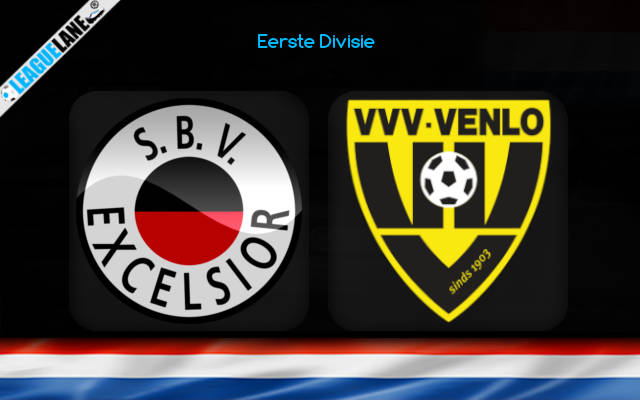 Excelsior are currently the toppers of the table, and have been the best in the league this season. At home this Friday, they are expected to secure three points with a win against Venlo, who have been on a poor stretch of performances on the road for quite some time.

Excelsior had recorded a 0-1 win on the road the last match-day, against Emmen. In the meantime, Venlo had won 2-0 at home against Maastricht.

Going on, the toppers were unbeaten in seven of their former nine games, and they had scored thrice or more in three of their former six fixtures. They have lost once at home in 2021-22, and just twice since March of 2021.

On the other hand, their counterparts were winless in 25 of their last 32 games, and in the process they had gone on an 11-match losing streak as well.

Do also note that they had lost 10 of their past 13 road trips, and have a single win away from home since January of 2021.

Taking into account all of these observations, as well as past h2h stats, expect a win for Excelsior this Friday.

Tips for Excelsior vs VVV-Venlo