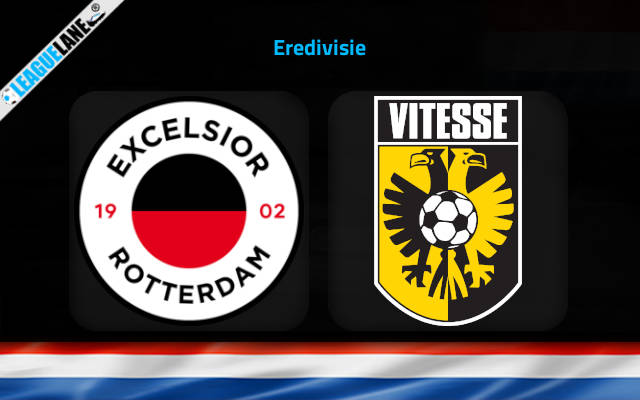 Vitesse have been one of the best teams in the Dutch top flight for the past 7 years and even last time around they showed their class. Meanwhile Excelsior are a team that they were promoted to the first division just at the end of the previous campaign.

And it needs to be noted that they were not even the best team in the second division. They had finished 6th and they had to go through the path of the play offs in order to secure promotion.

It goes without saying that they are a terribly inexperienced team and especially against one of the titans of the top flight, they will find it hard to deliver.

Going on, Vitesse had lost their season opener and this will only motivate them to go even harder for the win this Friday.

And it needs to be taken into account that they have a great head-to-head record against this opponent over the past few years as well.

Judging these observations, count on Vitesse to post the 3 points on the board this weekend.

Excelsior were winless in 6 of their past 8 overall fixtures, and they had let in 2 or more goals in 4 of their past 5 games. Moreover, they have also won a total of just twice in front of their home crowd in the past 5 months.

Going on, Vitesse had scored 2 or more goals in 5 of their previous 7 official matches, and most importantly they had finished 6th in the league table the last season and had qualified for the European playoffs.

Considering all the experience they have in the first division along with head-to-head domination they have over this opponent, expect a victory for Vitesse this Friday.

Tips for Excelsior vs Vitesse