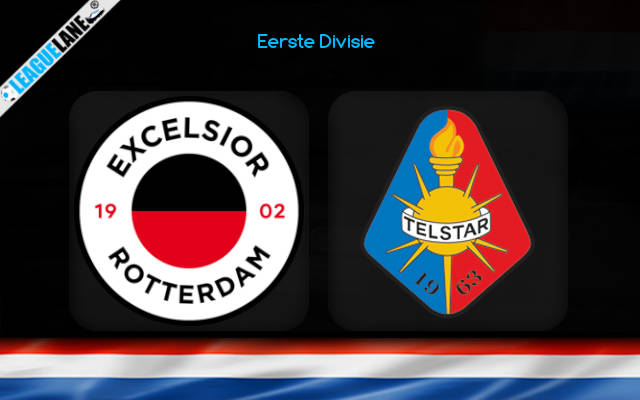 Excelsior has got their first loss in seven matches against Almere City. Excelsior is one of the top contenders of Eerste Divisie and has had their position in the upper half of the league table throughout the season. They have played well in their matches and has got six wins, one draw and three losses from the last ten matches. They currently stand third on the league table with 62 points to their name.

Telstar faced Den Bosch in their last match. Even though Telstar had scored an equaliser, it was not enough to stop Den Bosch from a win. Den Bosch scored another goal in the 76’minute, ending the match in a loss for Telstar with 1-2 FT score.

The last h2h ended in a win for Excelsior with 2-5 FT score.

Excelsior and Telstar have won three matches each from the last ten h2h.

Telstar’s poor form in the matches put them at a vulnerable position when they face Excelsior. Telstar has lost continuously in the last three matches. Excelsior will hope to make up for their loss in the last match with a win against Telstar. Four of the last five matches of both teams have ended with over 2.5 goals as well.

Excelsior has won in the last four consecutive matches in their home ground. They have scored over 1.5 goals in these matches as well. Telstar, on the other hand, has not had a win in their away matches since November.

Looking at the records, the match will most likely end in a win for Excelsior.