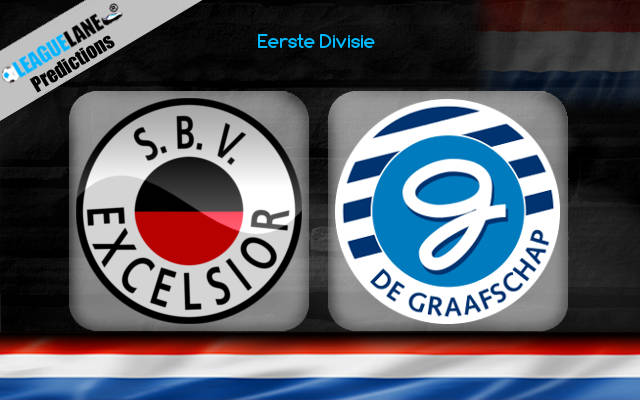 An exciting and highly entertaining football match is on offer when Excelsior welcome Graafschap for the Dutch Eerste Divisie fixture on Monday.

Eventhough inconsistent, both teams saw goals at both ends in the few matches played so far this season.

Excelsior is coming to the match with 2 wins and 3 losses from 5 games, scored 14 and conceded 13.

Meantime, Graafschap won 3 of the 4 games losing the other scoring 13 and conceded 9 in the process.

Looking at the scoring trend of these two teams, it is obvious that we will make picks from the goal markets, but let’s take a look at the head-to-head inorder to confirm this.

Against the current season’s trend, only half of those duels saw both teams scoring, while 6 of those games saw over 2.5 goals.

At home, Excelsior are unbeaten in the last 3 meetings with this opponent, 2 wins and 1 draw, including last season’s 2-0 victory.

Eventhough it is tough to draw a clear picture from the recent h2h statistics, the over 2.5 goals is too tempting. The main reason for this is a vulnerable defense from the home side that conceded 8 goals in 2 games so far (4-6 v Almere & 1-2 v Telstar).

Meantime, De Graafschap’s only away game this season resulted in a defeat and saw a stunning 7-3 scoreline. And this was against the reserve team of AZ Alkmaar.

Therefore, over 2.5 goals in the match is our main pick and brave punters must think of backing Excelsior on a draw no bet.