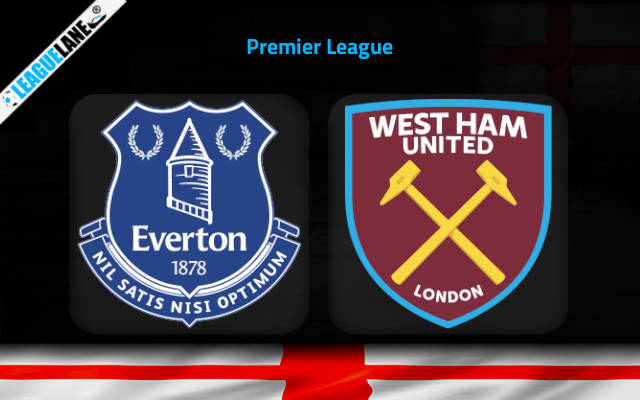 Both West Ham and Everton are finding it hard to deliver good performances this season in the English top flight. Even though the two completed 12 appearances so far in the league, they managed a single win in total till now.

The Toffees finished 16th in the table the last time around, and had a surplus of just four points over the relegation cut-off. It also needs to be mentioned that they had a goal difference of -23 at the end of their run.

As of now, they are once again placed 16th in the standings, and are yet to register their first win of the campaign.

Meanwhile, the Hammers are placed 18th in the table at present, and have a single victory against their name. They also have a 100% losing record on the road, barring a single match-up.

Going on, goals have come in plenty whenever these two teams have locked horns in the past, and judging all these observations, it appears as if we are about to witness a tightly-contested game with goals coming from either end of the pitch.

Moreover, the two squads are desperate at the moment, and will definitely go after a win at any cost. This only increases the chances for goals to come in plenty.

Everton were winless in six of their previous seven overall fixtures, and remained so in 11 of their past 15 games. In the process they went on separate two-game, as well as three-fixture losing streaks.

In addition, they are also on a three-game winless run in front of their home crowd.

On the other hand, the Hammers are on a two-match winless run in the PL as of now, and they remained so in nine of their past thirteen fixtures as well.

Furthermore, they were winless in six of their past eight overall matches, and they lost 2-1 against Chelsea in their latest away fixture.

Considering these observations, expect a high-scoring match-up this Sunday between the two teams.

Tips for Everton vs West Ham