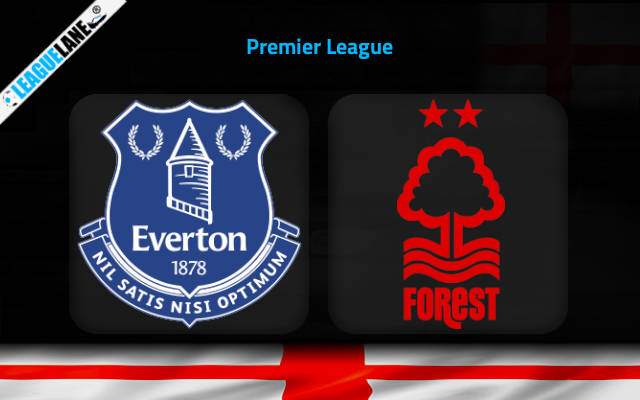 Not an ideal start for Everton after losing back to back games. Both defeats came by a narrow margin and there is a huge improvement in attitude and body language as compared to last season.

The Toffees created enough chances in both 1-0 home defeat to Chelsea and weekend’s 2-1 loss to Aston Villa. But finishing off those chances remains a major worry and the solitary goal in their bag this season came via an own goal.

This is Frank Lampard’s first full season at the Goodison Park dugout and taking the team away from the relegation zone is the top priority. It is easier said than done with the likes of Richarlison and Digne departing in the summer.

The squad is further depleted by the injury to Dominic Calvert-Lewin. The England international could spend a very long time on the sidelines and a replacement is yet to be found.

Nottingham Forest bagged their first Premier League win of the campaign at the expense of West Ham last weekend. The solitary goal of the match came in bizarre fashion from the knees of Taiwo Awoniyi.

Despite grabbing three points, Forest once again struggled to get out of their own half. They were easily the second best in all departments as it was the case in the season opener at Newcastle. West Ham had a goal chalked off by VAR, hit the post twice and their poor day was summed up by a terrible penalty kick from Declan Rice.

Luck didn’t favour Everton in the opening two games of the season, but we expect a change in fortunes when they welcome the newly promoted Nottingham Forest to the Goodison Park on Saturday.

Steve Cooper’s Forest rarely kept the ball out of their own half in the two Premier League games so far. They could get their work cut out by hungry hosts this weekend.