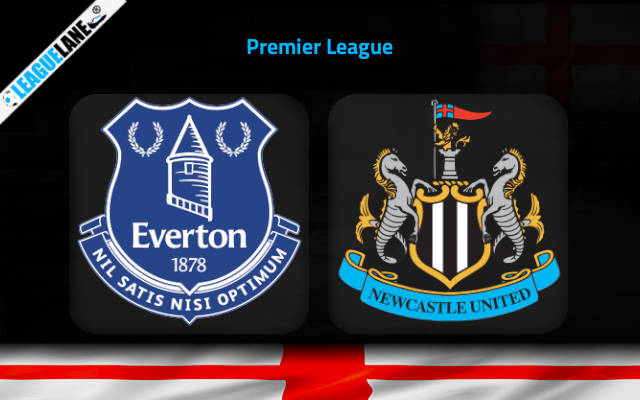 Everton will be desperate to end a horrendous series of results and pick up salvation points on Thursday evening when they host bottom-half rivals Newcastle United in the postponed game of Matchday No 20 at Goodison Park.

The Toffees are in a very tough position at the moment. They have lost eight of the last nine Premier League affairs to drop to 17th place in the standings.

The team led by Frank Lampard are now level on points with 18th-placed Watford and only one point above Burnley in 19th. The good news is they have three matches in hand on the Hornets and one game in hand on Clarets.

However, Lampard’s men have not shown anything positive at all in the last several weeks. They suffered a brutal 5-0 loss to Tottenham Hotspur and a tough 0-1 home defeat to Wolverhampton Wanderers in two completely uninspiring performances in the last two games.

The story is completely opposite with Newcastle United who have been one of the most in-form teams in the entire league of late.

The Magpies were unbeaten in eight successive matches before conceding a late goal on Sunday afternoon at Stamford Bridge to lose 1-0 to Chelsea.

Eddie Howe’s men certainly deserved more from the tie against the Blues. They have generally been very tough to break down recently and the clash against Chelsea only confirmed their tremendous defensive form.

Newcastle United have been great defensively of late, while Everton did not score a single goal in four straight Premier League defeats.

You can back the visitors to keep a clean sheet at the attractive 4.00 odds, while Newcastle United’s win is paid at the 3.10 odds.