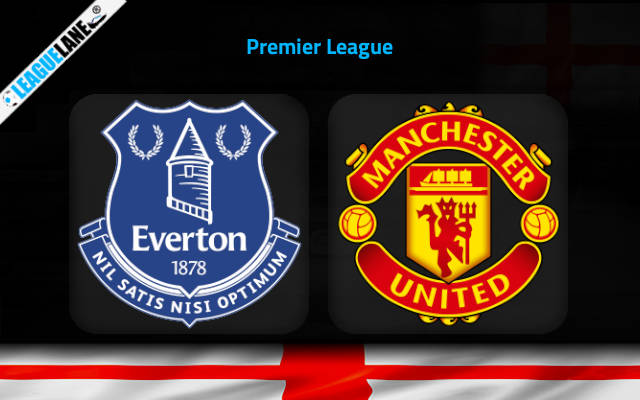 Manchester United were on a winning streak till the last match-day, when Pep Guardiola’s men embarrassed them with a 6-3 loss. As such, a win is of utmost priority for the proud team, but it is a doubt if the in-form Everton would let it happen – and that too at the Goodison Park.

The Red Devils started their league campaign on a worrying note, as they went on a losing streak. However, they managed to register a victory against Liverpool, and then they went on a four-game winning streak.

They scored in plenty in the process, and also delivered some impressive defensive performances.

However, then they walked into the path of arch-rivals and defending champions Manchester City, where they were mercilessly butchered.

Once again the Devils find themselves desperate for a victory, and we can count on them to give a dedicated performance this weekend.

However, counterparts Everton are in form, and they are also at home. Moreover, they are on a long series of good performances, and are finding the back of the net in plenty.

In fact, they are the only squad in the whole competition to remain unbeaten in the last five match-days, along with Manchester City.

Furthermore, they lost just two times at home in the past seven months, and one of these defeats came against former champions Chelsea.

Considering the form of either team, and previous h2h clashes, expect a goal-fest this Saturday.

Everton are on a two-fixture winning streak, and they are also on a seven-game unbeaten run. The last they lost was almost two months before.

Moreover, they were unbeaten in nine of their preceding eleven appearances at home, and in the process they went on two separate two-match winning streaks.

On the other hand, United won six of their last eight overall fixtures, and they scored two or more goals in four of their last five games. In fact, they managed to score thrice against the famed defense of City.

Tips for Everton vs Manchester United